As competitors headed offshore Monday for the start of the 61st annual Big Rock Blue Marlin Tournament, a final review of all entries confirmed 184 boats were entered and set to compete for a RECORD PURSE of $2,869,050. The previous Big Rock record — set last year — was $2,560,925.

By the end of the week, anglers racked up 156 releases: 83 blue marlin, 54 white marlin, 17 sailfish and two spearfish. A total of 14 blue marlin were boated and weighed, resulting in a 91% overall release rate. DOC FEES and crew scored the 61st release of the 61st Big Rock to win the tournament’s special $6,100 prize. Competitors battled for $284,750 in weekly release prize money and $282,625 in daily release prizes! The Dolphin Winner-Take-All category reached a record $361,250 payout after increasing the level to $2,500 earlier this year!

TOP DOG became “Top of the World” on Day 6 when it landed a record breaking 914-pound blue marlin to WIN the 61st Annual Big Rock Blue Marlin tournament! TOP DOG captain Ryan Knapp of Ocean City, Md., and angler Todd Dickerson, fought their catch for more than five hours and then needed an additional 90 minutes to get the 15-foot fish partially into their 60-foot Buddy Cannady. Dickerson’s catch crushed the Big Rock’s previous record of 831 pounds set in 2000 by the SUMMERTIME BLUES.

The whole crew and all the fans at the weigh station let out a mighty howl when the weight of the fish was announced to the crowd. The crew was dog tired, the catch looked a bit dog-eared after being squeezed through a tuna door but, doggone, it was a heckuva catch! TOP DOG won $793,188 from the Big Rock’s record $2,869,150 purse.

SWEETUMS captain Pete Rae, a former Morehead City resident, got a Texas-sized welcome Monday when he brought a 545.1-pounder to the weigh station at 1:10 p.m. to WIN the Fabulous Fisherman’s Level.

WOLVERINE’s catch on Day 1 landed them 2nd place and $289,863 from the Big Rock purse. WOLVERINE Captain Rocky Hardison, the winning mate at the 38th Big Rock in 1996, arrived at the scales with a 588.9-pound blue marlin! 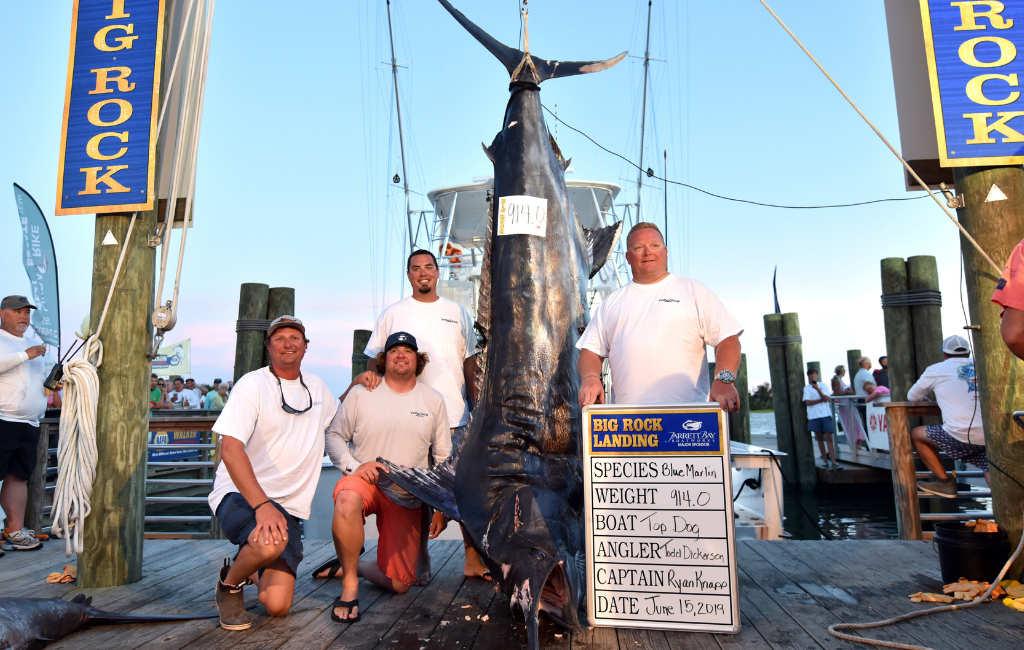 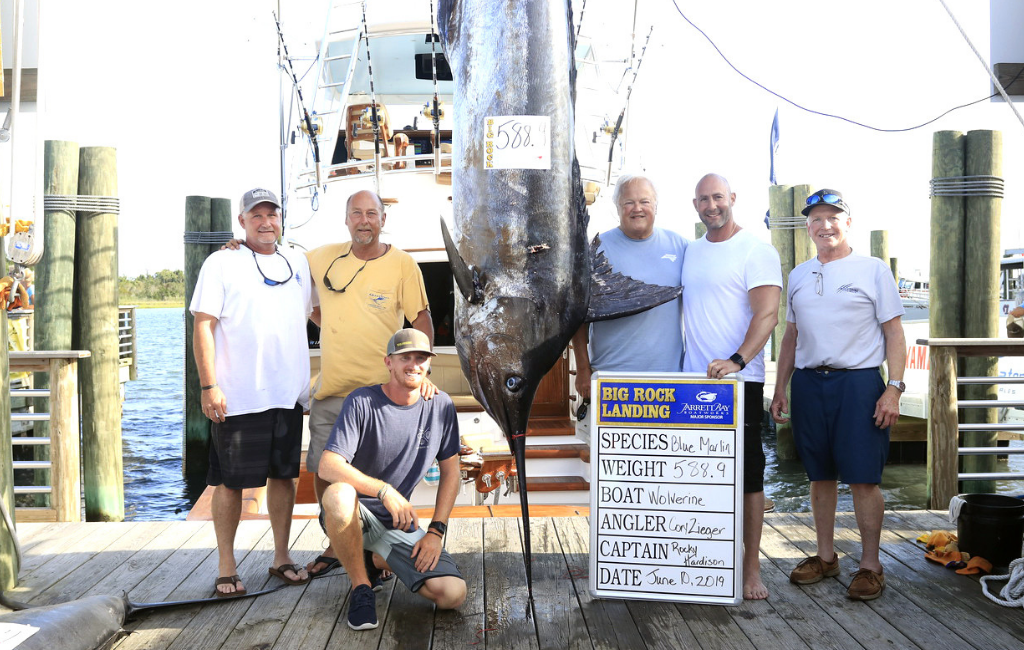 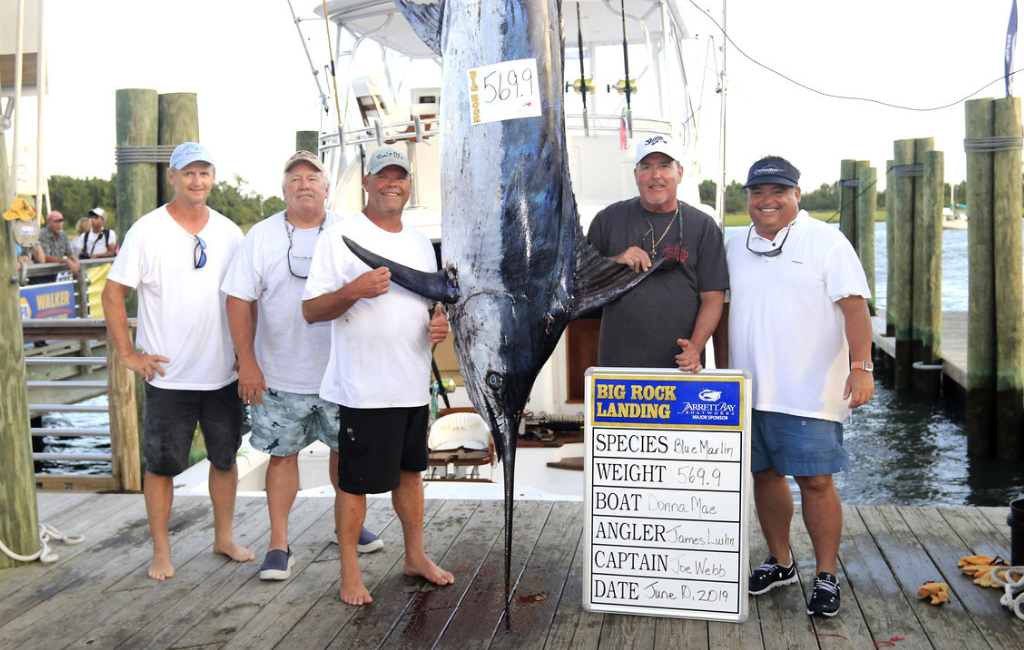 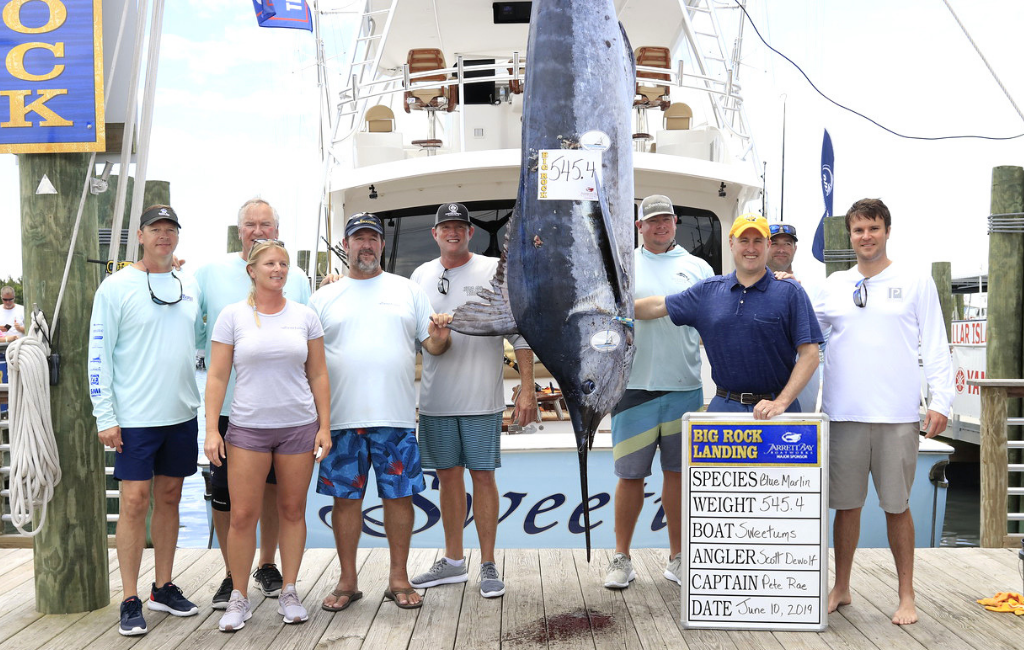 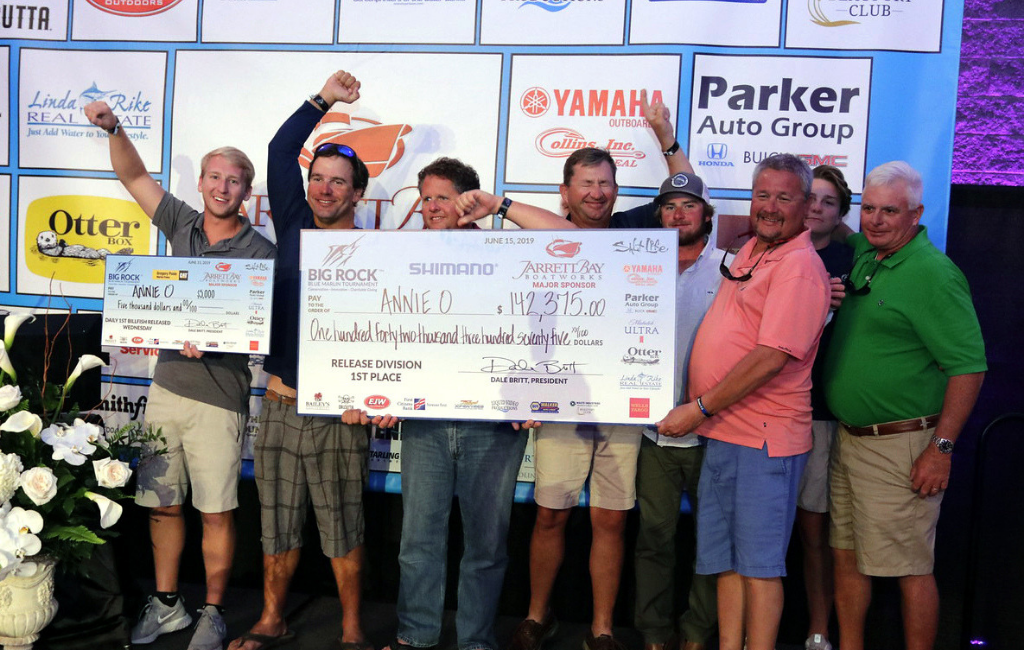 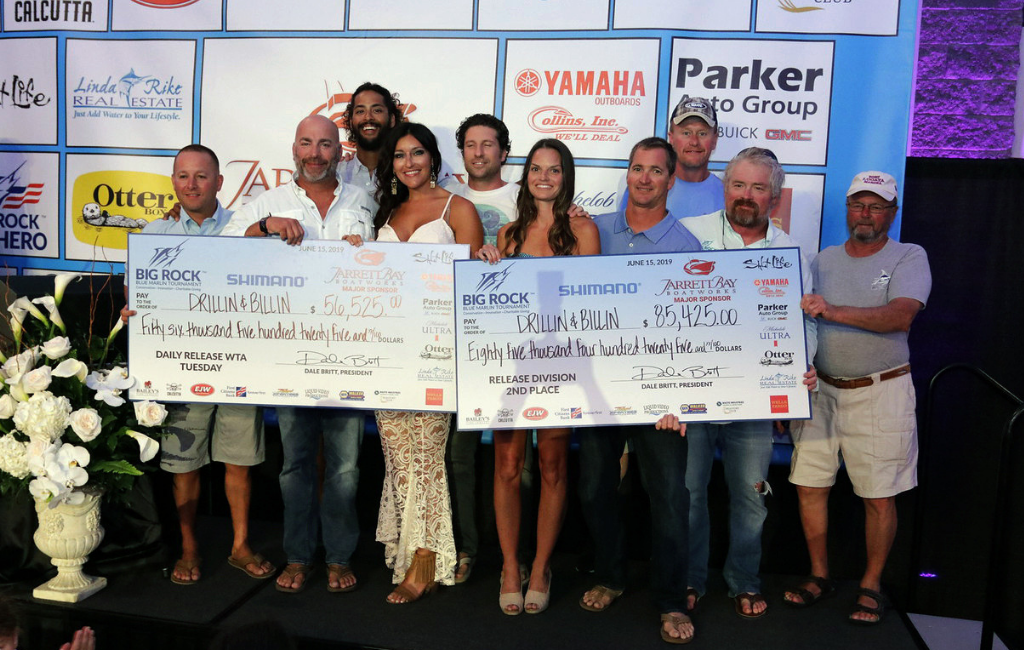 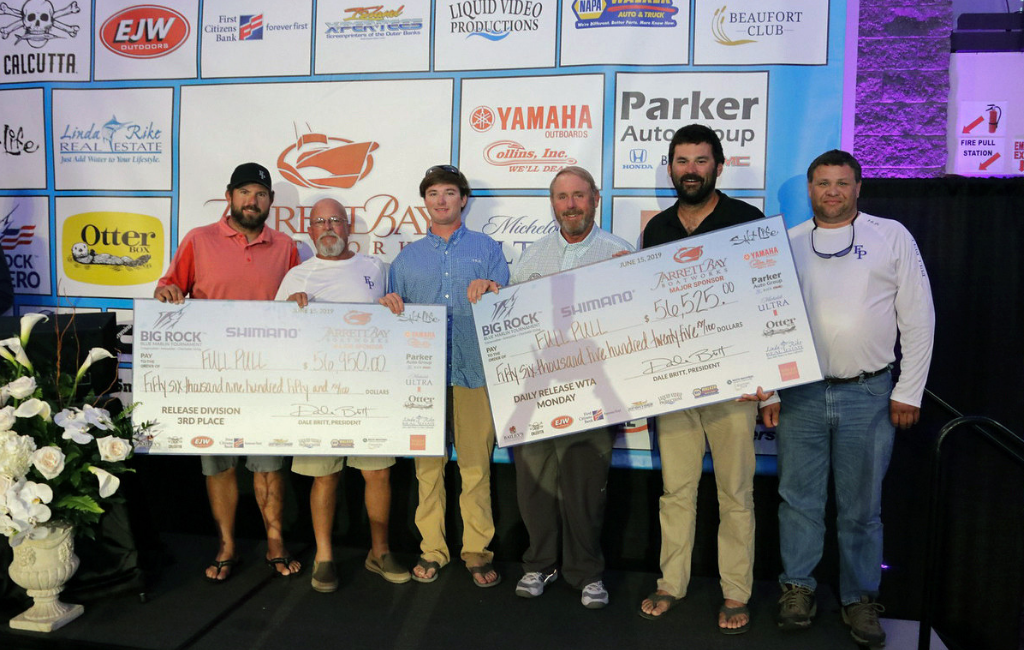