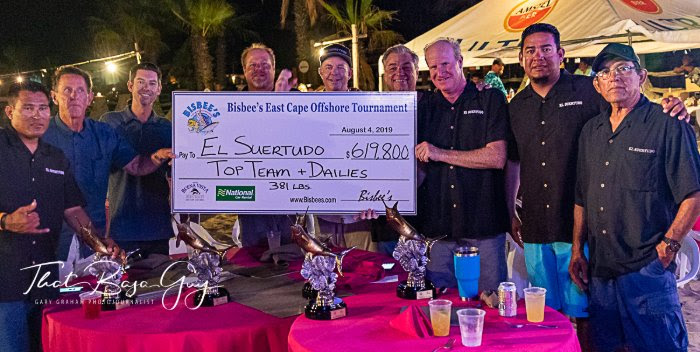 The $619,800 was the largest payout in the history of the event, according to tournament director Wayne Bisbee.  Total prize payout for all categories in the big game fishing tournament was $771,599.50.

Sixty-five boats with 260 anglers competed during the two-day event in Baja California’s Sea of Cortez.

View the current standings for InTheBite's Captain of the Year Cup... Leaderboard »