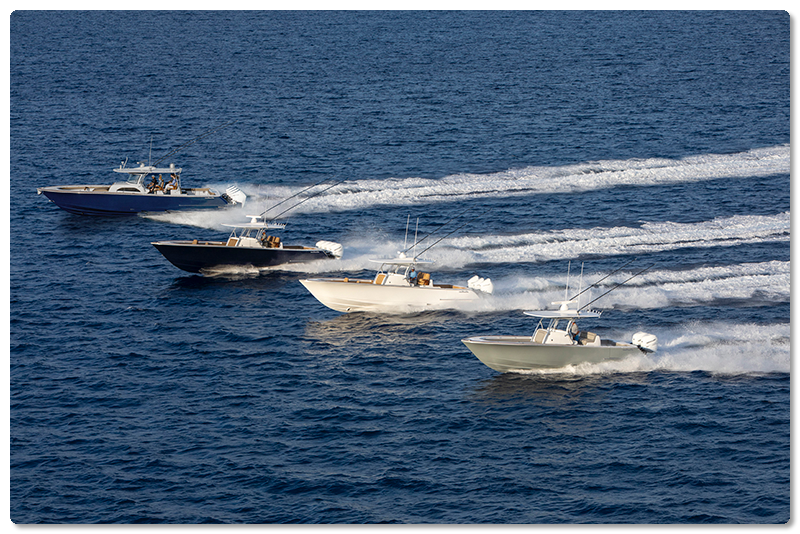 Valhalla Boatworks, August 25, 2021—The rapid growth of Valhalla Boatworks has prompted the need for more manufacturing space at Viking Mullica, the dedicated manufacturing plant for the V Series center consoles (V-46, V-41, V-37 and V-33). To say that Valhalla Boatworks is thriving would be a drastic understatement, with sales exceeding 300 boats since the V-33, V-37 and V-41 were announced at the Viking VIP Preview in February 2019. With the addition of the Valhalla 46 to the fleet last summer, production of Vikings from 38 to 46 feet was moved to New Gretna and a two-phase expansion project at Viking Mullica was set into motion. 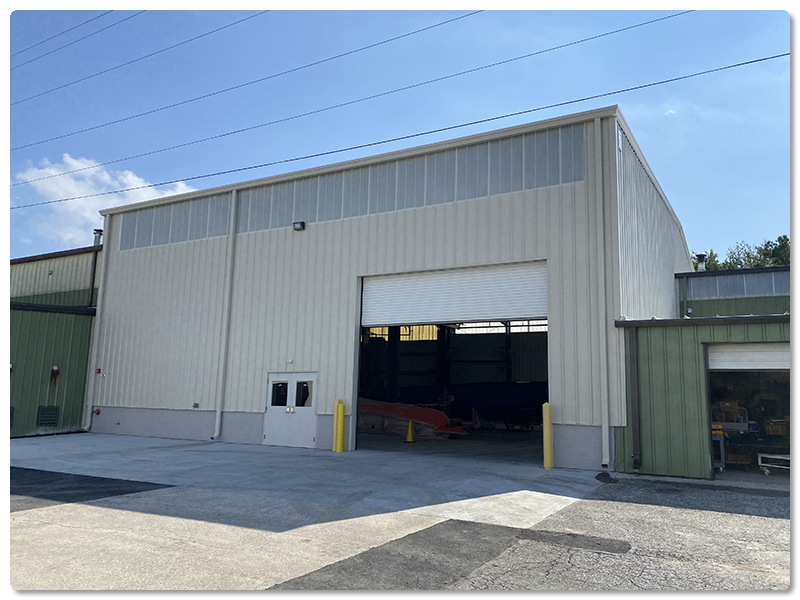 The first phase is moving along right on schedule with the completion this month of a 6,000-square-foot structure that physically connects Buildings 2 and 3, creating one contiguous manufacturing area. 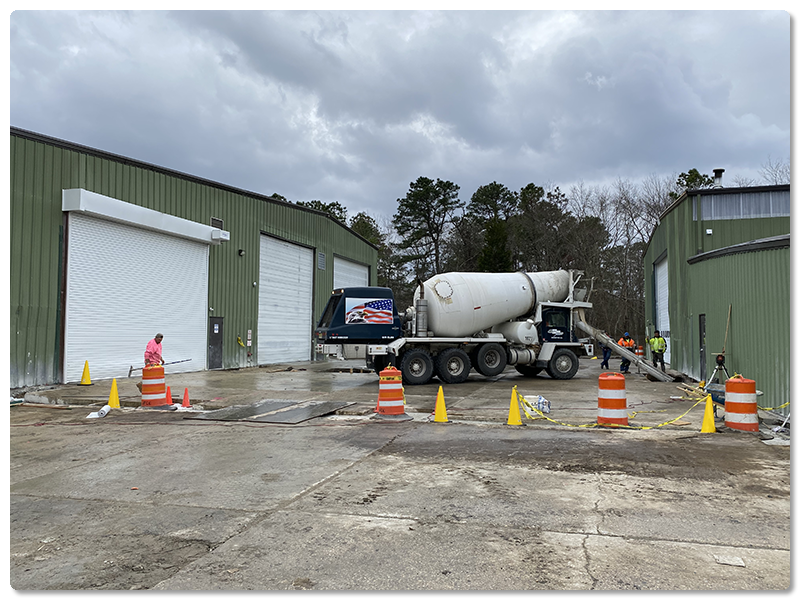 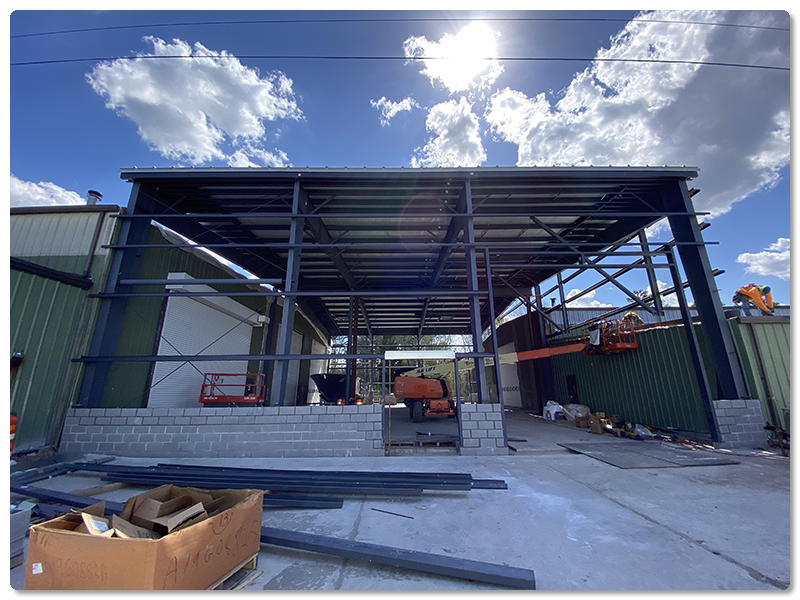 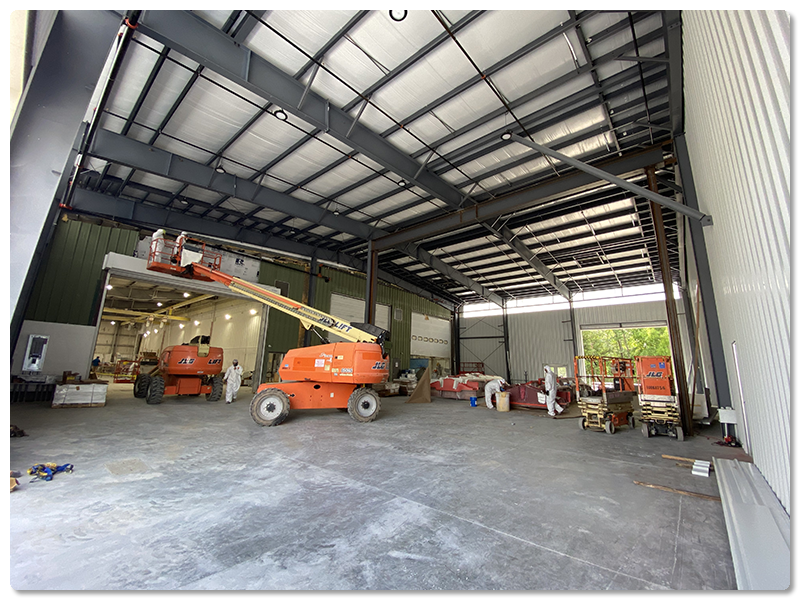 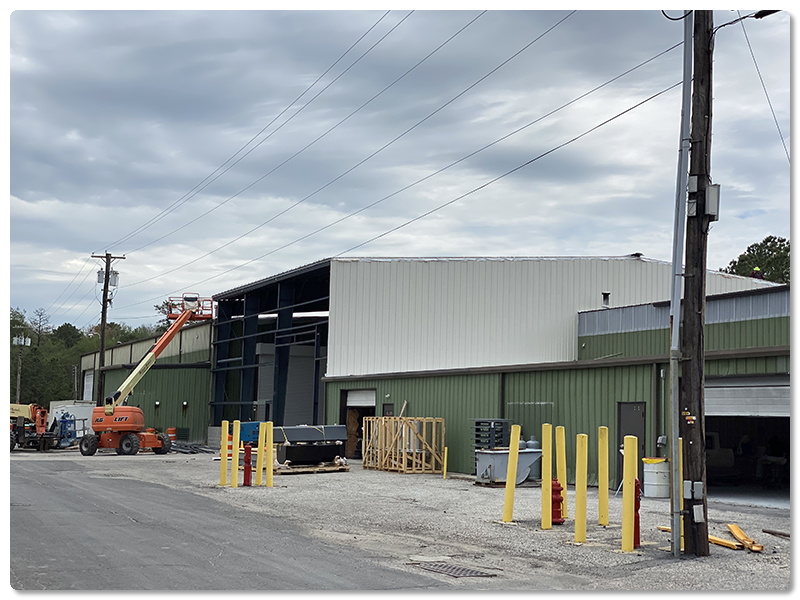 Viking Mullica is comprised of three manufacturing buildings located on six acres in the Pinelands of New Jersey, just 11 miles from the mothership Viking facility in New Gretna. The two projects combined add another 16,000 square feet to the 88,000 manufacturing footprint, increasing boatbuilding efficiency, capacity and output. The images above (clockwise from top left) show the first addition’s steady progress throughout recent months. 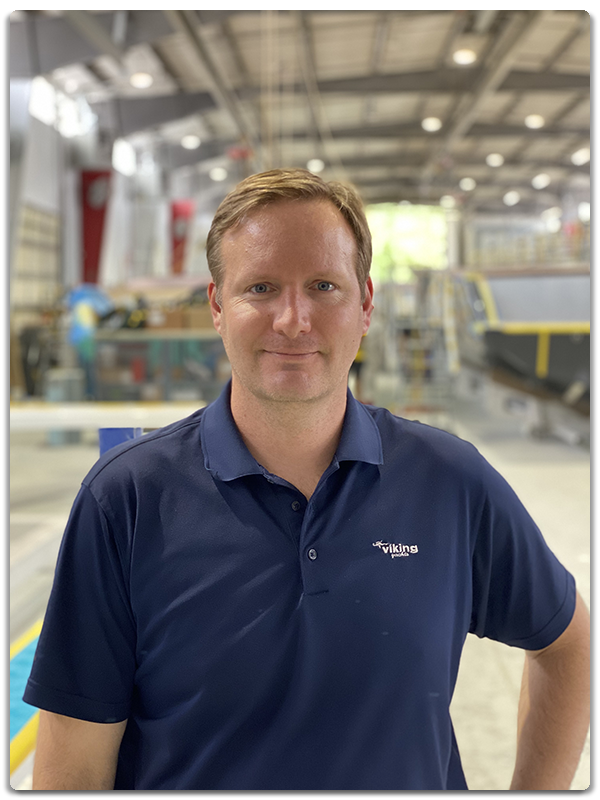 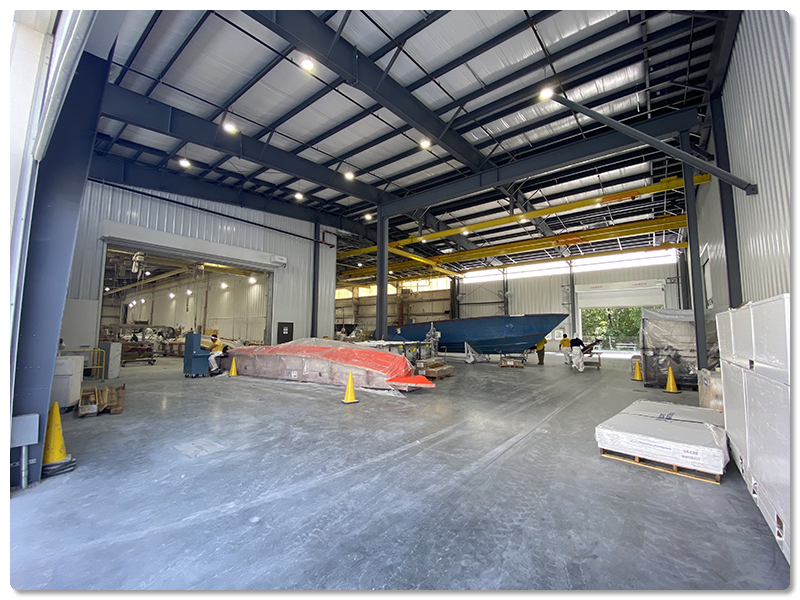 “This first project, which we refer to as an ‘Infill,’ is an expansion of our hull, stringer and egg crate area,” says Viking General Manager John Leek IV. “The additional square footage will allow us to better organize the manufacturing space for increased efficiency.” In addition to providing more production capacity for the resin-infused stringer grids for each of the four Valhalla models, the area will also be used for transom bustles and fishboxes. 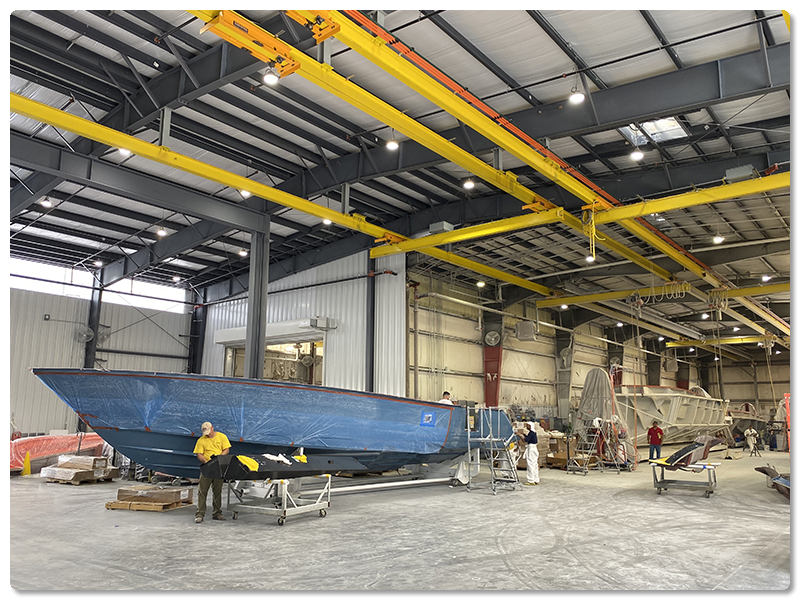 More space and better organization will improve workflow, which in turn helps Viking Mullica’s 200-plus-strong team of shipwrights build a better boat every day. A portion of the extra real estate increases the size of the egg crate area to prep and install fuel tanks (as shown above), internal bulkheads and other components after each hull is pulled from its mold. The existing overhead crane system was extended into the new area, further facilitating the space’s flexibility and utility.
Phase II will soon commence with utility and site preparation. This project will extend the backside of Building 1, adding 10,000 square feet of space consisting of 6,000 square feet on the ground level and a mezzanine of 4,000 square feet. “This addition will give us the space we need to produce certain fiberglass parts (hatch lids and doors) that are built in New Gretna utilizing Light Resin Transfer Molding.” Phase II is scheduled to be completed next summer. The V Report will keep you up to date with photos and information as work progresses.