These two “smaller” Bisbee’s Offshore Tournaments have paid out a stunning $4,038,250 over the past three years. This of course is in addition to the over $100,000,000.00 awarded by the 41-year-old flagship “Bisbee Black and Blue Marlin Tournament.”

The latest Los Cabos Offshores BIG WINNER was none other than the Team Pelagic with angler Ron Kawaja who received $863,480 for the larges billfish caught during the two-day event weighing three hundred and nineteen pounds. 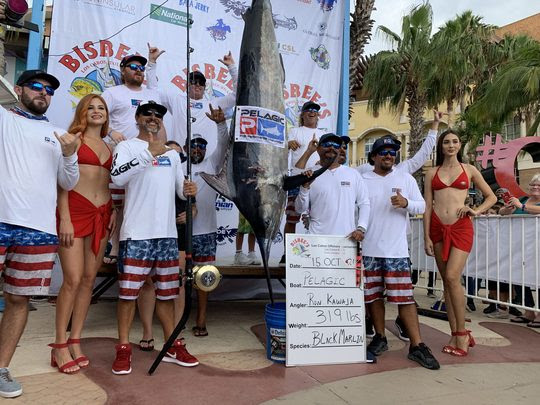 In the Gamefish division Team Chinito Bonito II on the first day caught the largest yellowfin tuna of the tournament weighing 179-pounds earning angler Davis Ahn a record setting amount for that division of $305,920. On the last day he hooked a much larger one the he fought over three hours before nearly having in gaff reach when the leader parted. Later while telling his story of the one that got away, he swore it was over badass and over 400-pounds. 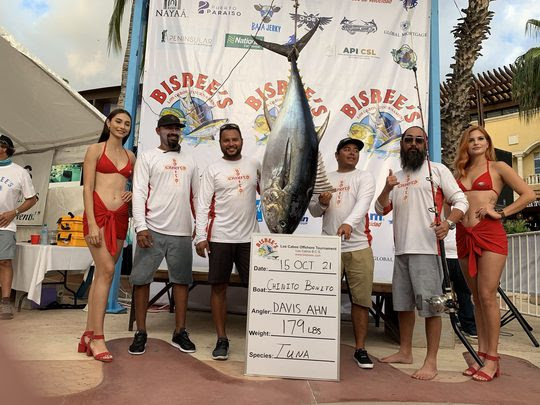 Pre-registration amounts for this week’s 2021 Bisbee’s Black & Blue Tournament has already exceeded last year’s record purse of $4.6+ million so stand by for yet another record breaking announcement. Registration for the Black & Blue is October 19th with three days fishing on 20-22 and Awards on 23rd.