Bluewater Movements, July 20, 2021—Bluewater Movements, a sports marketing and event company out of Pompano Beach, Florida is proud to introduce a new fishing tournament that will cover the entire state of Florida. The window of competition for the Florida Sailfish cup begins on November 1st, 2021 and continues through May 31st, 2022. Eligible species for the Sailfish Cup are, Sailfish, Blue Marlin, and White Marlin.

END_OF_DOCUMENT_TOKEN_TO_BE_REPLACED

COLUMBIA, S.C., July 20, 2021—Even outdoors, people often carry a range of electronic devices, all of which require power. Whether they’re off for a weekend at a remote camp, out on the ice or just a day on the water, anglers need a way to keep these devices charged. Frabill’s new Pow’R Source makes it easier than ever to keep cell phones, bluetooth speakers or other electronic equipment powered up and ready for action.

END_OF_DOCUMENT_TOKEN_TO_BE_REPLACED 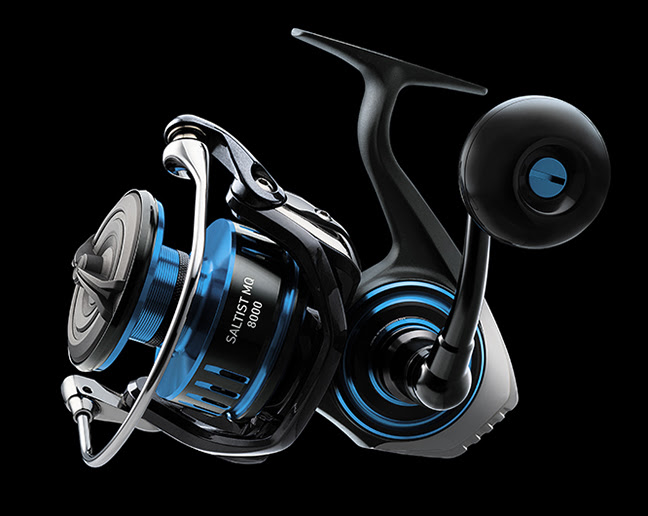 DAIWA, July 20, 2021—Anglers hoping to work up explosive action on their next trip would do best to carry plenty of dynamite – and that’s exactly what Daiwa’s new Saltist MQ spinning reels bring to the table. Lightweight, smooth, durable and sexy, the entire series features Daiwa’s ground-breaking MQ construction, allowing extra power to be packed inside an exceptionally rugged, corrosion resistant frame. As if that’s not enough, Daiwa has piled on many additional cutting-edge features at a price that offers plenty of bang for the buck.

END_OF_DOCUMENT_TOKEN_TO_BE_REPLACED

Shimano, July 19, 2021—The rocky shorelines and cold offshore waters from the Mid-Atlantic and Northeast are home to the best striped bass fishing in the world. Along southern shores, snook, redfish and jacks prowl flats, marshes and bayous, feasting on bountiful inshore prey. Along the entire length of the Atlantic and Gulf coasts, these and other predators have one thing on their agendas: Eat, and then eat some more.

END_OF_DOCUMENT_TOKEN_TO_BE_REPLACED

COLUMBIA, S.C., July 19, 2021—The new Plano Atlas Tackle Pack is a durable tackle-carrying solution that combines the strength of a hard-sided tackle box with the lightweight portability of a soft-sided tackle bag. This innovative design breaks all the rules for traditional tackle storage solutions.

END_OF_DOCUMENT_TOKEN_TO_BE_REPLACED

Seaguar,, July 19, 2021—Seaguar, the inventor of fluorocarbon fishing lines, is introducing BasiX Fluorocarbon to meet the demand from anglers who are managing a budget but not willing to sacrifice quality and performance in their fluorocarbon line. “We’ve spent our first 50 years developing high-performance lines and leaders used by pros, captains, guides and avid anglers across the country,” says Gerry Benedicto, Seaguar General Manager. “With BasiX, we’re looking forward to serving the millions of anglers who are either fishing for the first time, getting reacquainted with the sport or managing a tight budget,” he added. END_OF_DOCUMENT_TOKEN_TO_BE_REPLACED

Visser Reels, July 17, 2021—Visser Reels is introducing the Model S series, a higher-level reel from its current number series. The reels will be available in 6 different sizes from the No. 3S to the No. 8S. The all-machined aluminum reels will be manufactured at our Seymour Connecticut location with about 60% valued content from outside the United States.

END_OF_DOCUMENT_TOKEN_TO_BE_REPLACED

COLUMBIA, S.C., July 17, 2021—Few things get an angler’s heart beating like the feeling of a hook set and the drag peeling—especially when fishing in big-fish waters. When anglers target saltwater species, they demand a reel that stands up to saltwater conditions and delivers absolute performance.

END_OF_DOCUMENT_TOKEN_TO_BE_REPLACED

Hamilton Bermuda, Wednesday, July 14, 2021—Team Krazy Salt’s, an 80’ Viking based out of Palm Beach Gardens, Florida led by owner David Anderson Jr. with Captain Keith Greenberg and mates Mike Mahon, John Cashman and Jeff Thiel held off a charging field to win the 2021 Bermuda Big Game Classic.  Krazy Salt’s began the tournament with three blue marlin releases on day one to lead the tournament. They added another blue release on day two bringing their total points to 2,000.  Krazy Salt’s did not score on the final day but their 2,000–points were enough to hold off a charging field to take the win earning $109,050. Krazy Salt’s is holding the third place position in the Bermuda Triple Crown Billfish Championship heading into the final leg.

END_OF_DOCUMENT_TOKEN_TO_BE_REPLACED

WASHINGTON, Monday, July 12, 2021—The Departments of Interior, Energy, and Commerce have announced a goal to deploy 30 gigawatts of offshore wind in the United States by 2030, while protecting biodiversity and promoting ocean co-use.