From The Billfish Foundation — The Billfish Foundation’s (TBF) staff proudly announces the winners of its most prestigious awards for 2020.  This year’s winners include three distinguished gentlemen, who made exemplary contributions to advancing billfish research, conservation and sportfishing throughout their lives.

THE WINTHROP P. ROCKEFELLER LIFETIME ACHIEVEMENT AWARD honors TBF’s Founding Member, a well-known angler, philanthropist and owner, at the time, of Allied Marine in Miami, who established billfish science and youth education as the organization’s cornerstones. 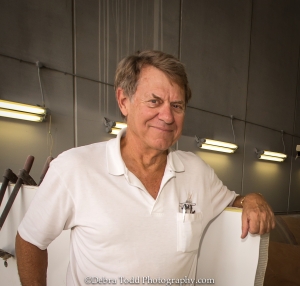 This year’s winner is Captain Chris Sheeder from Hawaii and Costa Rica, who was bitten by the offshore fishing bug at age 11 during his first trip, a treat for making good grades. He was recently described in InTheBite magazine as “a man whose humility and selflessness belies the fact that he’s caught over 35,000 billfish and refined many of the most common techniques used in the sport today, including many of today’s bluewater fly fishing techniques.” Chris’s outstanding career includes fishing in Hawaii, Midway, Costa Rica, Guatemala and back to Costa Rica, and includes not only sportfishing, but some of the most spectacular action billfish photos! 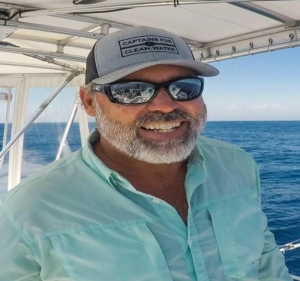 THE PAXSON H. OFFIELD LIFETIME SCIENCE ACHIEVEMENT WARD honors a former member of Billfish Foundation’s board of directors, Paxson H. “Packy” Offield, who believed passionately in the value of science and funded it to support responsible conservation of billfish and countless other species.

This year’s winner is port sampler and statistician, Joe Yurt of Covington, LA, who began his “big fish” journey as a college student and transitioned to contract services with the National Marine Fisheries Service (NMFS), which continues today, fifty-four years later.  He meticulously collected and recorded data on landed billfish and tuna taken in waters off Louisiana. His work was pivotal in what became the most comprehensive billfish science data resource in the Gulf of Mexico, estimated to have provided 90% coverage of billfish landings and effort in the region. Yurt also collects landed fish data for New Orleans Big Game Fishing Club’s tournaments, where he is family. 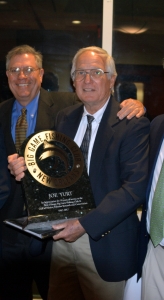 Award presentations will be made during TBF’s annual gala on Friday, October 30, 2020 at the Harbor Beach Marriott Resort on Ft. Lauderdale Beach, Florida.  Please join the fun and honor these three lifetime achievement award winners.